30th May 2019
Exciting stuff! Well for me it certainly was. I’d been driving after sunset. The tracks were dry and powdery kicking up piles of dust behind me as I slowly made my along the edge of the riverine vegetation. My spotlight was drifting from side to side in what’s almost become a mechanical movement for me. I scan quite quickly, not looking for actual shapes in the dark but relying totally on animals eyes lighting up and reflecting back to me. A city of lights ahead, a herd of impala, the females all being herded by a single male. The rut is still on but very much coming to an end now. A pair of eyes close together in the top of an Umbrella-thorn. A Genet foraging. Dust up ahead, a herd of wildebeest running into the mopane. Out on the plains like little jewels scattered in the dust, Nightjars. I then took refuge under a Nyala-berry, keeping away from the dew. Tea and a sandwich went down well. Not my traditional meal, which is usually an ice-cold smoothy. Yes even in winter, but today the tea scored huge points and might just be a replacement for a while.
A lion called a long way north. Something to follow up on. I flicked the switch and pressed the button (Joanie threw her key away some time ago) and Joanie fired up. Lights on, spotlight in the hand and I left the shelter of the tree. I’d hardly left when scanning to my right, not too far away was one of my best friends, a hyaena! It looked like a young female. The first one I’ve seen here. Expecting her to bolt I took the main beam off her. She stared at me for a while and then nonchalantly she walked away behind some bushes. She didn’t like me driving after her and loped off into the darkness. I was sooooo chuffed. I love these creatures and she was a lot more chilled than I expected. Her reaction being far better than the lions.
For the rest of the night I was chasing calling lions. At one stage I had 3 lions calling at the same time, all in a different direction from me. Whenever I was just about on top of one of them, they’d go silent.
Frustrated I followed the dawn in with a little fire and a hot cup of tea!
I’ve decided I’m going to spend some time working all day rather than at night. I can spend more time walking and in this cooler weather badgers will be active in the early morning and late afternoon.
So because of this change in shift, I got home and took the family out all afternoon. KiKi was riding shotgun holding onto my tripod arm, Saskia sitting next to me. We took a route new to both of us along the northern boundary. We crossed the sandy river, which up here is still flowing. This is also the only area in the river that reeds are growing, which is strange. Maybe they occur upstream but for the more than 20kms that the river flows through the reserve till where it ends in the Save River, there aren’t any reeds. I love it that way as they can eventually choke a river. The road across the northern side was straight, fairly level stony country with dense bush on both sides. The stony soils gave way to red sandy soils and we now had mopane woodland surrounding us. The sun was fairly low in the sky and shining under the woodland canopy casting pretty light below. There was no marker or change in anything, except one area close to the road the ground had been excavated into 5 or 6 mounds of sand at the base of which each had a hole. Then the colours erupted. We’d woken them. Blacks, whites and browns all mixed in different ratios and patterns, the amazing variety of coats, each African Wild Dog with their very own print. Awake, the dogs all greeted briefly before settling again. They were pretty chilled with our presence, which as brilliant. AND they’re obviously denning. I presume the puppies are still very young and not yet venturing out the den. Unfortunately the mopane they’re denning in is really dense and once they leave to go hunting there is no way of following them, but at least in time, IF they stay there, we’ll be able to see a lot more of them.
It was getting late, the sun was setting, and KiKi was a little grumpy. It was her bath time.
I was on a high. 2 of my besties on one day! (Look out for my film that premiered in November last year “DOGS IN THE LAND OF LIONS” on PBS in America, and also on other channels around the world.) 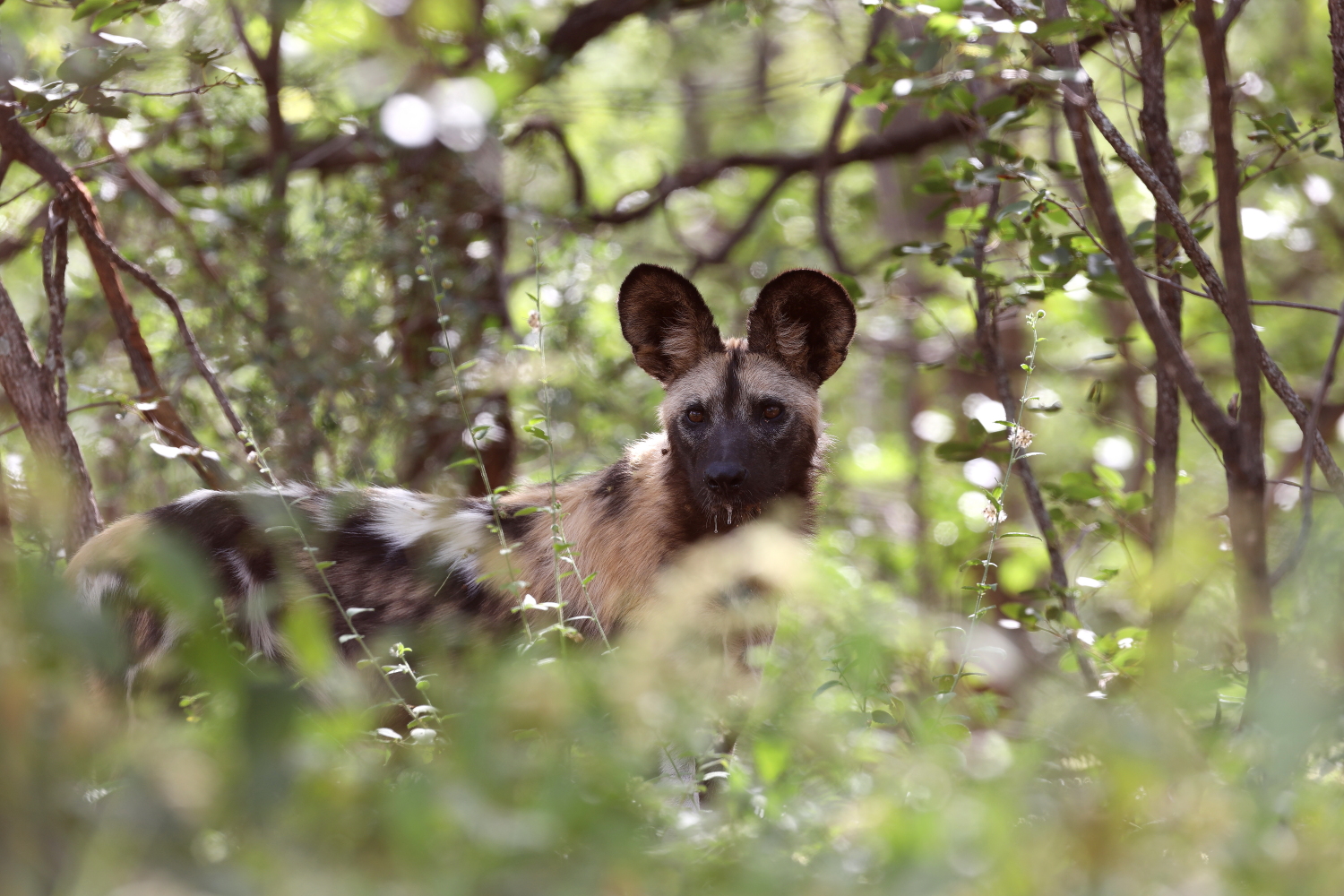 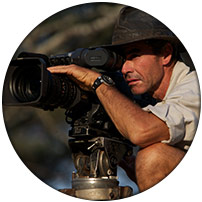